This site uses cookies. By continuing to browse the site you are agreeing to our use of cookies. More info
Bodybuilder Singles

Fit To Be Tried 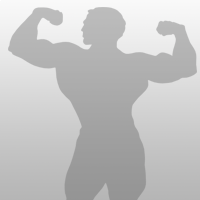 Obviously I'm into fitness and yes, I compete in bodybuilding - I like it, it's certainly a lifestyle, but it's not the be-all or end-all of my interests. Of course I like fit, athletic women in general, but if you have the right physical charms, I'm open. I go with mens sana in sana corpore, but I'm not so exclusive as to have numerical figure/physique requirements, or that shallow. Race is not an issue to me. Character is.

How am I to be with? I have no idea - different people have said different things. You'll have to find out when you meet me. Most reviews are good, though it's well known I have a low tolerance for feckless flakes who lack decency and follow-through. If you can't act with common decency or actually do what you commit to doing, don't contact me. I admit I'm addicted to the cheap joke and I crack them with abandon. On the whole, I'm a sort of unique assemblage of traits. I have been educated in engineering and law, and I was for years a journalist, critic novelist (published by a major house), short story author (Playboy, other major magazines), screenwriter (optioned). I've been a professional musician and have a large musical interest that takes a pretty dim view of most contemporary novelty noise (you just can't call much of what goes on commerically these days music per se) and singers who cannot sing on PITCH to save their lives approved by audiences with tin ears who just want to follow fashion so as not to be thought of as being out of the loop. I play a pretty fair guitar and have a 3- octave vocal range. I practice every day just because I like it. I founded and ran one of the first profitable websites on the then fledgling Internet back in the 90s. I was a journalist and critic for 15 years. Now I'm employed again - this time as Marketing Director for an IT start-up, so we'll see how that goes. I'm pretty open, but I call BS when I see it and I can see a badly intended, dishonest manipulation coming a mile away. I'm intolerant of willful stupidity, delusion and mindless endorsement of bad ideas to cover up worse behavior. Oh, and if you're going to hit me with cliches about steroids and other breathtaking idiocies, please try to come up with some new ones. I have two fitness certifications and train professionals as well as nationally competing amateurs as a sideline - so please don't start telling me how much more you know about fitness than me, even though you have a personal trainer - odds are he/she's ripping you off anyway. I'm an Ivy League graduate, but I'm not snobby about it. I just don't fit the mold of your usual musclehead. I like dogs - I had a whacky boxer who recently died. I miss him. I walk it like I talk it - and I expect you to do the same without excuse. If that's not you, go for some average POF guy, as that patently is not me. If you want to chat, add me on why who Messenger - if you have it - as morbidmuscle. Oh, and if we cannot set something up in a week after mutually agreeable contact, I'll drop you. Nothing personal, but, for whatever reason, it will mean you're not for real.

Last visit: Visible to members only!

Connect with sexy singles near you